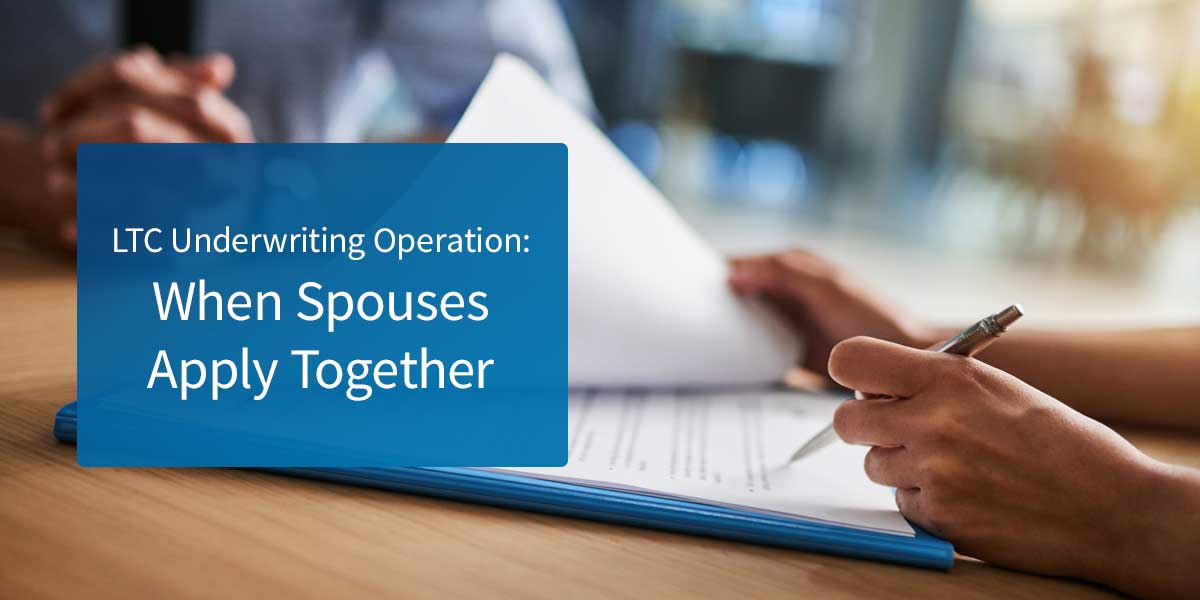 Another case study as part of our ongoing Underwriting Operation.

61-year-old Ted, male, and 57-year-old Amber, female, live In Cape Girardeau, Missouri. The couple has been happily married for nearly 30 years, and their son just finished graduate school. After watching their elderly neighbor’s struggle to maintain long-term care costs and services, they decided to speak to an insurance agent about their future. During this conversation, Ted and Amber discovered they could receive up to 30% off their premium by applying for a MutualCare® Custom Solution together.

Based on Ted’s health history, an APS was needed in addition to his interview. His doctor’s office also required a completed special authorization to finalize the request for medical records. Because Ted provided his email address on the application, the Case Manager emailed the authorization directly to Ted. The signed form was received from Ted two days later.

Underwriting reviewed the applications and interviews and determined Amber’s policy could be issued at the Select rate; however, based on Ted’s APS, he was ineligible for coverage. Underwriting sent the agent an email stating a policy could only be placed with Amber, and that she was still eligible for a 15% discount on her premium simply because she applied together with her spouse.

TIP:  The 30% discount for partner policies is a great advantage for standalone LTC, and we encourage spouses/partners to apply together. We understand placing a policy when one spouse is declined is always a challenge. In this case, we were still able to offer protection for the insurable spouse even though the other was declined. Best yet, there is still a 15% discount for the approved spouse.

Notify me when news articles are posted:

“The Most Important Coronavirus Statistic: 42% Of U.S. Deaths Are From 0.6% Of The Population”

“WHO launches digital app to improve care for the elderly”